Menu
BACK TO HOMEPAGE 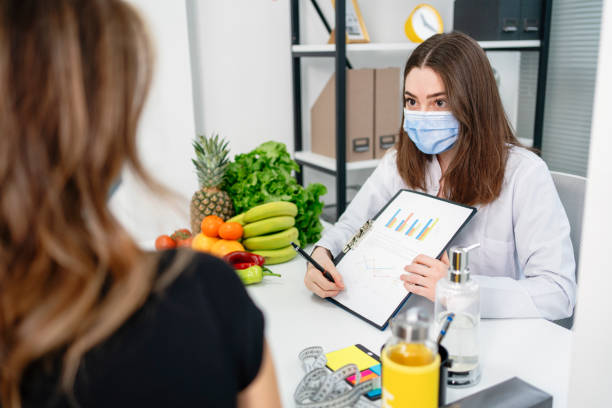 Of course, your reading style will depend on your objectives and available time. If you recently received a diagnosis of diabetes or have been managing your diabetes for some time, you might want to skip ahead to a topic that piques your interest, like type 2 diabetes drugs or carbohydrate counting.

Remember that this course is intended to serve as a tool for patient education. Any routine or prescription modifications should always be discussed with your healthcare practitioner. You can decide on the best strategy for handling both routine medical needs and unexpected emergencies together.

It’s time to get started now that you understand what’s new and how things are organized. To learn what diabetes is, who has it, and how it affects people globally, turn to the first module, “Diabetes Facts.”

Completing this course will help you:

Who is the course for?

This course is designed for people looking to have an extensive knowledge to upskill themselves on diabetes or eventually take a full diabetes postgraduate qualification and also for people with diabetes, how to manage their own diabetes or those keen to prevent it from developing.

In a word, diabetes is a condition in which the body improperly produces or utilizes insulin. However, what is insulin? It is a hormone, insulin. To assist convert the food you eat into the energy and energy reserves that your body needs to function effectively, your body needs insulin. Your entire body is out of balance when your insulin levels are abnormal.

Sounds easy enough, doesn’t it? Of course, not every diabetic experience the same challenges when using insulin. Some people don’t produce any insulin at all, while others produce too little or don’t use it well.

For this reason, there are various varieties of diabetes, with type 1 and type 2 being the most prevalent. Gestational diabetes, which affects certain women, is another condition that can develop while they are pregnant.

Other forms of diabetes can be brought on by genetic flaws, illnesses like cystic fibrosis, organ transplants, or anti-AIDS medications. Others don’t cleanly fall into either the type 1 or type 2 diabetes categories. Actually, there are over ten distinct types of diabetes!

Lesson 2 - WHO HAS DIABETES?

Despite the fact that you might think you’re the only one with diabetes, you’re most definitely not. Diabetes affects hundreds of millions of people worldwide including millions of Americans. Eight out of every 100 Americans who are 20 years of age or older have diabetes. According to recent data from the Centers for Disease Control and Prevention, that equals close to 26 million people and children with diabetes.

You probably know someone else who has diabetes, so. Someone at your school, in your yoga class, or in your apartment complex could be the culprit. Diabetes can affect everyone, regardless of color or ethnicity, whether they are in good physical condition or not.

But not all diabetics flash a huge neon sign proclaiming, “I have diabetes too!

Each diabetic individual has unique symptoms and therapies. The diabetics you know probably take a subtle and individual approach to controlling their condition.

However, some people—celebrities—are very candid about having diabetes. Numerous notable persons with diabetes manage their serious illness while balancing the demands of entertainment, athletics, or politics.

Although it sounds cliche, this list demonstrates just how much you can do while living with diabetes. It’s comforting to know that having diabetes won’t prevent you from competing in the Olympics, like Gary Hall, or from performing as the lead singer of a ’80s glam rock band, like Bret Michaels.

In the US, there are around 26 million people who have diabetes. However, only 18.8 million people with diabetes have been diagnosed. This indicates that about a quarter of those who have diabetes are completely unaware of their condition. How could so many of these patients go undiagnosed? Diabetes occasionally begins without any evident signs, unlike many other diseases.

Diabetes affects more than 7 million people who are unaware of it. Since few people are aware that anything is wrong, they are going about with possible minor symptoms of diabetes but haven’t seen a doctor for the necessary testing and diagnosis.

Type 2 diabetes affects the majority of undiagnosed persons. Contrarily, type 1 diabetes rarely goes unnoticed for an extended period of time. The symptoms of type 1 diabetes are so severe, as you’ll discover in later chapters, that the patient seeks medical attention.

You may have heard that diabetes is becoming a more common disease. This is regrettably unquestionably true. According to recent data from the Centers for Disease Control and Prevention, the number of Americans who have diabetes climbed by 3 million over a two-year period.

However, type 1 and type 2 diabetes in youngsters is on the rise. Additionally, diabetes rates are rising among several ethnic groups. The prevalence of diabetes is highest among Native Americans (16.1%), followed by African Americans (12.6%) and Hispanics (11.8%). In contrast, 7.1% of white Americans and 8.4% of Asian Americans in the US have diabetes.

Elderly people are more likely to have diabetes

Diabetes continues to have a greater impact on older persons. For instance, diabetes affects 26.9% of adults 65 and older compared to 11.3% of adults 20 and older.

Diabetes rates are rising outside of our boundaries. By 2030, more than 430 million people will have diabetes, according to estimates made in 2010 by the International Diabetes Federation. The World Health Organization predicts that between 2005 and 2030, the number of deaths from diabetes would more than double (WHO). The prevalence of diabetes is among the highest in the United States, as you might assume. However, it isn’t yet first on the list.

Five nations in 2000 with the highest rates of diabetes

To increase knowledge and aid in the prevention and control of diabetes worldwide, the WHO and other organizations like the International Diabetes Federation are working. For instance, the Life for a Child Program of the International Diabetes Federation aids in providing insulin and other supplies to diabetic children all around the world. Additionally, funding is provided by the Federation to support research into diabetes treatment and prevention.

Diabetes is a disease that is as common as it is old. One of the earliest known diseases in the world is diabetes. In fact, before people fully realized what the illness was, they began to describe it in writing. Some of the oldest known medical publications in the world contain references to diabetes.

You’ll learn a lot more about the different types of diabetes, early symptoms and tests, causes and risk factors, and prevention in the upcoming courses.

What people are saying

“I was looking for a complete diabetes Course to expand my career horizon. A friend of mine suggested to learn from Book_wd online courses and it really worked for me.”

Stephanie woodvenice
“A fantastic and very engaging course. All of the information offered by Book_wd was completely practical, relevant and presented in an easy, digestible and interesting way.”

HarryLondon
“This course was a breakthrough in my knowledge of diabetes management. The content is comprehensive and of great quality, engaging and interactive.”

Are You Ready FOR THE NEXT MODULE?

Menu
We use cookies on our website to give you the most relevant experience by remembering your preferences and repeat visits. By clicking “Accept”, you consent to the use of ALL the cookies.
Do not sell my personal information.
Cookie SettingsAccept
Manage consent

This website uses cookies to improve your experience while you navigate through the website. Out of these, the cookies that are categorized as necessary are stored on your browser as they are essential for the working of basic functionalities of the website. We also use third-party cookies that help us analyze and understand how you use this website. These cookies will be stored in your browser only with your consent. You also have the option to opt-out of these cookies. But opting out of some of these cookies may affect your browsing experience.
Necessary Always Enabled
Necessary cookies are absolutely essential for the website to function properly. These cookies ensure basic functionalities and security features of the website, anonymously.
Functional
Functional cookies help to perform certain functionalities like sharing the content of the website on social media platforms, collect feedbacks, and other third-party features.
Performance
Performance cookies are used to understand and analyze the key performance indexes of the website which helps in delivering a better user experience for the visitors.
Analytics
Analytical cookies are used to understand how visitors interact with the website. These cookies help provide information on metrics the number of visitors, bounce rate, traffic source, etc.
Advertisement
Advertisement cookies are used to provide visitors with relevant ads and marketing campaigns. These cookies track visitors across websites and collect information to provide customized ads.
Others
Other uncategorized cookies are those that are being analyzed and have not been classified into a category as yet.
SAVE & ACCEPT